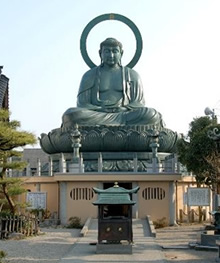 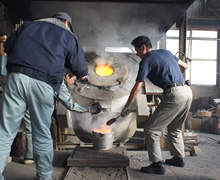 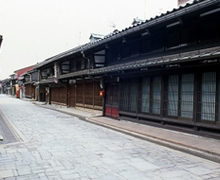 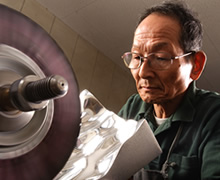 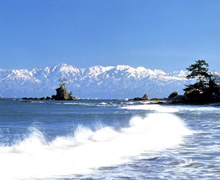 - Preserving and Passing Down Passion and Techniques for 400 years

Takaoka-shi is the biggest production centre of copperware in Japan. The city is also famous for its refined production techniques for copper products. Based on the high quality techiniques, the city produces various products ranging from small religious objects to big temple and bronze statues. Those products are called "Takaoka douki (Takaoka Copperware, 高岡銅器)".

Takaoka Copperware (高岡銅器) has a long and splendid history, stretching back in time more than 400 years. In 1609, seven casters, imoji were brought in Takaoka by Maeda Toshinaga, who was the 2nd lord of Kaga domain, Kaga han, and the founder of this city. This marked the beginning of Takaoka’s metal casting industry. Since then the industry has been inseparable from the local economy and the casting techniques have passed down the generations to generations in the city. 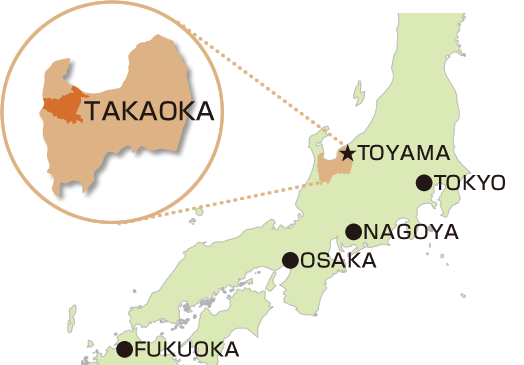 The indusry has gone through many ups and downs over a long history.

During the Edo period (1609 – 1868), Takaoka Copperware thrived and the city enjoyed the status of a special industrial zone under the protection of Kaga domain. Craftspeople in Takaoka made masterpieces, using creative techniques. Those works were much more than technique and quite impossible to replicate. The city became well-known for its metal casting, crafting everything from Buddhist altar fittings and teakettles to giant temple bells. Customers were attracted by the “made in Takaoka” label. Then, the Edo period was over. As the domain system was abolished, the city ccompletely lost the support from Kaga domain.

Even though the city lost its protected status at the dawn of the next era, Meiji period, the local people did not give up. They managed to ride the wave of westernisation. The city’s artisans turned their eyes to overseas market and exhibited their works at many trade shows, such as Vienna International Exposition in 1873 and Paris International Exposition in 1878. As those works were highly praised, the new government promoted to export Takaoka Copperware to obtain foreign currencies. Some of those exported works are still in the possession of private collectors and museums around the world. Since then Takaoka copperware has established itself as the market leader in Japan and overseas.

While lifestyles have varied, people’s needs and tastes have changed. Metalwork lost a share of its market to plastic. The time was tough in Takaoka. The demand of metal products began to subside. Many workshops had been put out of business because they could not compete with cheaper products.

The people in the industry did not go on doing nothing against the horrible situation, and considered how they survived. For example, some craftspeople made positive progress to work with designers and took part in exhibitions in Japan and abroad. The city also fostered fresh techniques, talents, and products inspired by design trends.

Now Takaoka Copperware is finding its way again. Traditional Japanese crafts, which collectively have become iconic of monozukuri (manufacturing) movement, have recently been attracting people in Japan as well as those from overseas. People rediscover the depth and variety of traditional techniques. Owning something unique is enhancing in a world of mass production. People want to know a story behind their favourite products. As you might have already noticed, Takaoka Copperware has many stories to tell, even though most craftspeople tend to be quiet.

It cannot be exaggerate to say Takaoka is socially and culturally the mecca of craftsmanship, as the city is inseparable from the industry. There are many sizes and kinds of bronze statues everywhere else in the city. The city has a great range of activities and festivals related to the industry all year around. You can find all the skills required for metalwork in this city. This is because craftspeople have kept and developed a wide range of techniques for 400 years, despite having ups and downs. “Takaoka Copperware” is based on a distillation of wisdom from the myriad of sages throughout the ages.

Many artisans are developing new products or expanding their business into new fields, using decades-old skills and networks in the city. Interest in Takaoka Copperware has grown due to a new wave of creative energy from those designers and artisans. Now we are entering new phase of "Takaoka Copperware".

Our Mission – NAGAE Ltd.
Our mission is to develop and manufacture our product lines, pushing the possibilities of metal materials and technology, forming creative collaborations, and reinterpreting our heritage of "Takaoka Copperware".
Our unique goods, showcasing traditional skills and our dedication to connect them with the latest technologies, have become highly regarded at many competitions and exhibitions at home and abroad. We will continually respond to the needs of both Japan and international clients, emphasizing on tradition, quality, functionality, and beauty beyond expectations.